Prostitution – a matter of debate: prohibition?, supervision?, symbols of submission?, absolute freedom? This question divides even feminist movements1. However, there is one thing I think we all agree on: prostitution, as it exists in the majority of the states around the world, is dangerous for the people who practice this profession: victims of aggression, of scams, at risk of being kidnapped, coerced, and even sometimes murdered. Chahdortt Djavann focuses on this last case in her book Les putes voilées n’iront jamais au Paradis!2 (Grasset, 2016). This provocative title hides a tribute to these Iranian women killed because they are prostitutes.

Giving a voice to those who no longer have one

The book, while fictional, is based on real events. In 2014, 16 women were murdered, first in the city of Mashhad in north-eastern Iran, then in other cities in the country. They were all prostitutes. For many of them, no one ever tried to find them, never reported them missing, never asked for their bodies. They died in ignorance and disinterest from the hands of a man who said he was doing his “Muslim duty” by removing these women from the streets.

In her book, the author gives herself the mission of “giving voice to these murdered women, naming them, let them speak, so that they can tell their lives, their history, their past, their feelings, their pain, their doubts, their suffering, their revolts, and also their joys”3.

This is the beauty of the novel: testimonies of women who speak with absolute freedom, without risking anything because they have already lost the most precious thing of all: their lives. They have been hanged, stoned, strangled. They have been killed by the hypocrisy of the regime. The author tells us about “heroines with tragic destinies”. In a raw, direct, sometimes scandalous tone, Chahdortt Djavann narrates them as they could have been, without idealizing, without smoothing.

Alongside these different testimonies, the author follows the journeys of two young girls, childhood friends who were separated at the age of 12, one of them being married by force. We follow their paths, their hopes and their disappointments. With more details about their lives, we become even more emotionally attached to these two young protagonists, and even more disappointed for them that their childhood dreams are denied by a patriarchal society in which it is a misfortune to be as beautiful as they are, coming from a poor background.

After several chapters of readings, Chahdortt Djavann explains her approach:

Chahdortt Djavann uses this book as a platform to denounce the Iranian regime, “a society that represses, suffocates, hangs, stones, tortures and murders under the veil”5. As she tells one of her heroines, in Iran, “Woman, you never have control over your body or your life in this country. The law forbids it”6.

Prostitution in the Iranian law

In Iran, prostitution is a crime, punishable by death, by hanging, but if the prostitute is married, by stoning. This legislation has been ruling since the 1979 Revolution and the establishment of the Islamic Republic of Iran and the Khomeini regime. These inhumane sentences are justified by the will of Allah, in the Sharia, the Islamic law, and in the case of Iran, Shiite Islam.

Prostitution is condemned along with other Fessad, a Persian word, meaning corruption, perversion, debauchery, and can therefore refer to prostitution. In Iran, the regime wants to “eliminate the Fessad”, meaning, in the case of prostitution, putting prostitutes to death.

Mahdourodam, the “blood of no value”.

One might think that killing a citizen would go against the values of the religion. However, the author explains that the law of Allah, according to the Shiite reading of the Iranian mullahs, resolves this dilemma by differentiating between good Muslims, whose lives are sacred, and the lives of those whose blood is considered “of no value” (mahdourodam) and who can, or even must, be put to death.

Mahdourodam is a legal term in Shiite Sharia law that refers to those whose blood can be spilled without guilt. The blood of those condemned to death, of a fâssed (adjective of Fessad) person, is therefore worthless and those who kill them risk nothing, since their blood had no value. Do not worry, they do not go so far as to reward them for their act: why? As “good Muslims”, by eliminating the “enemies of Islam” whose “blood is of no value”, they are only doing their duty!

In order not to create a civil war in which all good Muslims seek to eliminate the Fessad, and therefore could kill anyone deemed fâssed, the regime’s solution was to judge that only the mullahs are able to have the legitimacy and Islamic discernment to define “the blood of no value”.

The hypocrisy does not end there, since in the case of the Mashhad prostitutes’ killer, the man has been condemned to the death penalty, but not for his murders, but primarily for adultery. Indeed, while married, he confessed that he had “inappropriate relations” with his victims before murdering them. In Iran, adultery is a crime punishable by death. For men too, but not because they dishonour their wives. They are condemned because they dishonour another man, by stealing his “property”: his wife, his daughter, his mother, his sister, his niece. In Arabic, Persian, Turkish, exists the notion of nâmous, it doesn’t have any equivalent in other languages but can be defined as “the sexual honour of the man embodied in the body of the woman” (explaining the “honour killing”). Women are the property of the men in their families and remain under male authority until their death. This inequality between women and men in Iran goes so far that the life of a good Muslim woman is worth half that of a good Muslim man.

With such laws, one might imagine that prostitution is not very common in Iran. The mullahs being so attached to religious values, good Muslims being faithful to their wives (they are allowed to have up to four), there would be no prostitution networks, and sex workers would have no customers anyway. In theory, perhaps. In fact, Les putes voilées n’iront vont jamais au Paradis ! tells us that prostitution has never been so widespread in Iran.

International sanctions, government mismanagement, the amount of money spent on supporting Hezbollah, Jihad, Hamas, Ennahdha, the Muslim Brotherhood, Assad’s regime, etc. have led to high inflation and plunged Iranian society into great poverty. The reasons for prostitution for Iranian women are many and varied. The author gives us some examples: middle class women prostitute themselves to preserve their standard of living, students to pay for their studies, divorcees not to return to their parents, for surgery, etc. The high consumption of drugs (opium, heroin) in the country is also one of the reasons.

In the book, Chahdortt Djavann quotes figures from the NGO Coalition Against Trafficking in Women: since 2001, the number of teenage prostitutes has increased by 635%. Aftab Society, an NGO dedicated to the treatment of female drug addicts in Iran, stated in 2019 that there could be as many as 10,000 prostitutes in Tehran, about 35% of whom are married. Given the legislation and the risks they face, it is obviously difficult to know precise figures.

In recent years, prostitution in Iran has been so massive that if the law were seriously enforced, there would be a shortage of women, and a real demographic imbalance. This, in a patriarchal society like Iran, where polygamy is only allowed for men, where a woman’s life is worth half that of a man, would be unthinkable. So, in most cases – but not all – the law is not really enforced.

These women who have been humiliated, dehumanised, devalued. By allowing them to speak, Chahdortt Djavann restores justice to them, and confirms that they are the victims. The brutality of these men, their hypocrisy, their corruption, according to their definition of the Fessad and the mahdourodam, are the ones who do not deserve Heaven, not these women, victims of an unequal society, in which they are crushed. Their lives illustrate nothing but misery from their birth and their gender assignment, they who only tried to survive in the Khomeini regime.

Hence, this book is more relevant than ever with the uprisings that are taking place in Iran since the assassination of Masha Amini, for different reasons: hair sticking out of her veil. She is another symbol of this regime that crushes women because they are women, because they are strong, because they do not remain passive, because they want to live, free and equal.

Thank you to all those Iranians, for risking their lives for freedom, for equality, for democracy and human rights. “Women, life, freedom”: fight, even though you should not have to fight for these fundamental things any more, please hold on, I believe very strongly: freedom, will be yours!

Chahdortt Djavann was born in Iran in 1967. According to her, her father raised her “in the love of books and the detestation of the mullahs”. In June 1980, when she was 13, she was imprisoned for demonstrating against the regime. She arrived in France in 1993. She studied social psychology and anthropology at university. She entered the École des hautes études en sciences sociales. She wrote her dissertation, “Religious indoctrination and the Islamisation of the education system in Iran after the establishment of the Islamic regime” (L’endoctrinement religieux et l’islamisation du système d’éducation en Iran après l’instauration du régime islamique), a study based on the analysis of school textbooks.

Her history and her opposition to the mullah regime in Iran are the topic of many of her writings. The author wrote a pamphlet on the Islamic veil, Bas les voiles ! (Gallimard, 2003). In it, she makes an anthropological and historical analysis of the Islamic veil and its cultural, traditional, psychological, social, sexual, legal and political significance. Her novel La Muette (Flammarion, 2008) is the confession of a fifteen-year-old girl sentenced to be hanged in the mullahs’ prisons. In Comment lutter efficacement contre l’idéologie islamique (Grasset, 2017), Chahdortt Djavann analyses the multiple strategies of Islamist movements and proposes solutions to stem their progress in Europe. Finally, in Iran J’accuse ! (Grasset, 2018), the author analyses the realpolitik of European countries and especially that of the United States towards the Islamic regime in Iran. 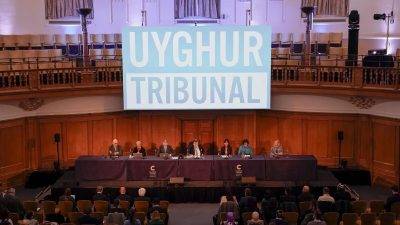