In Laurence Anyways, released in 2012, Canadian director and screenwriter Xavier Dolan approaches coming out through the prism of transidentity1. We follow the story of a couple, Laurence and Fred, played respectively by Melvil Poupaud and Suzanne Clément. Their passionate love affair is quickly put to the test when Laurence announces she is a transgender woman. The film allows us to understand the courage it takes to extricate oneself from the cisnormativity2 as well as the difficulty of this decision, far from being insignificant in the face of an ignorant and closed-minded society. All along, we follow Laurence’s journey towards her true identity and the consequences that this entails.

Coming out is often unconsciously associated with the revelation of a sexual orientation far removed from heteronormativity3, while it is also the announcement of a gender identity different from the norm, such as transidentity. Set in the nineties, the film illustrates this case: Laurence tells everyone she knows that she has never really felt like a man, that she is a transgender woman and that she wants to start her transition, that is, the journey to live in her true gender. This will be social – with the recognition of gender and pronoun by society – and physical – with a new wardrobe and the use of hormones. She will therefore have to face the prejudices of her entourage and the society she disturbs.

Throughout this recommendation and also in the first part which deals with Laurence’s life before her coming out, the pronoun “she” will be used. Indeed, even if Laurence has not yet announced to her family that she is a transgender woman, she has never identified herself as a man, so the pronoun “he” is not appropriate.

At the beginning of the film, Laurence shows herself as a forty year old cisgender man for whom life is already all mapped out. She is a teacher in a school, she earns well, and her relationship with Fred is very intense. However, a few details catch the eye and suggest that Laurence’s life may be a little more complex than it seems. One scene in particular, where during a class, she lingers to look at the students’ hair. This look she gives them is quite particular, because it does not express a desire for possession, but rather for embodiment. Laurence wants to be like them. A symbolic image accompanies this scene, allowing a sort of clairvoyance on the rest of the story: when Laurence touches her neck, we can see that she has ornamented the tips of her fingers with paper clips, evoking a woman’s nails. 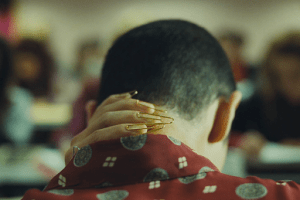 The whole process of identity discovery that Laurence is going through is not shown on the screen, since it is so intimate that even the spectator is not an accomplice in the situation. In particular, we will never see the moments when she secretly tries on “women’s clothes”, making the revelation as surprising for us as it is for those close to Laurence.

Coming out is done in stages and can be more or less difficult depending on the entourage. This is exactly what Laurence’s coming out illustrates. The first person to whom she announces her transidentity is her companion, Fred. She does not understand and confuses gender identity and sexual orientation, thinking that Laurence is homosexual. For the latter, the announcement is felt as a deliverance

“That’s not me, Fred. I’ve been living like this for 35 years and it’s a crime. And I have this crime on my conscience. And I am a dog to steal this person’s life.”

“Whose life are you stealing Laurence’s?”

Despite the shock, Fred is curious and asks many questions. However, she centralises information about her experience, even though it doesn’t concern her, but Laurence’s identity. She wrongly equates Laurence’s coming out with their relationship, even though it does not change anything about what they have been through. Conversely, the reaction of Laurence’s mother, Julienne, is totally different. The words she uses are raw, indifferent and deprived of any support:

“You disguised yourself when you were little, I thought you’d be queer to the limit […] Know this, the door will be closed here. Your father will never want to see you as a woman”.

She does not look surprised and does not ask questions, which confuses Laurence. This kind of reaction is still very common today, as a lot of transgender people are rejected by their families. But this mother figure devoid of empathy, embodied by Nathalie Baye, will eventually accept Laurence as she is:

In these two scenes, we never see the moment when Laurence says for the first time “I am a transgender woman”. The revelation is not shown on screen, it is implied. What is offered to the spectators is the moment that follows: the reactions.

After a moment’s reflection, Fred finally decides to be there for Laurence and to accompany her in her transition and change of gender expression. It is a long and difficult process, especially in public settings such as the school where she teaches. After several attempts, Laurence manages to present herself to her students as she is, in a particularly powerful scene. The spectator is situated at the back of the classroom as if it were just one more student. An oppressive silence pervades the room, and after a few long minutes a student raises her hand and against all odds asks a question about the class. 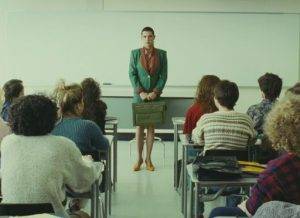 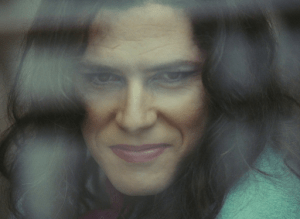 Throughout the film we can see Laurence’s transition, which involves physical changes thanks to hormones and electrolysis4, as well as negative reactions from some members of society. The first one is extremely psychologically abusive because Laurence loses her job: not accepting that a transgender person should educate their children, the parents of the students complain to the school where Laurence works and write an article against her declaring that transidentity is a mental illness. Indeed, in the nineties, transidentity was considered as such by the American Psychiatric Association. Subsequently, she was also the victim of a physical assault. In a bar, Laurence perceives the insistent gaze of a man who saw that she was wearing an earring. She ends up fighting with him, and leaves the bar with a bloody face. 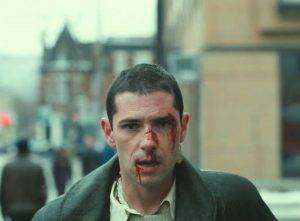 Laurence is also subjected to indiscreet questions from a waitress when she is at the restaurant with Fred. She gets angry at the woman’s indecency, shouting: “Have you ever bought a wig for your boyfriend? Have you ever been afraid when he leaves your house that he’ll get beaten up in the street? Then that he won’t come back to you in one piece? Are you living my life? No. I don’t allow you to come into our lives and then ask questions”. And even if Fred tries to support Laurence, the situation is no longer going to suit her. The two women will never fully understand each other. Fred is in love with Laurence but does not accept her transidentity. She cares too much about how others look at her, and does not want to “lose her life” for Laurence to find herself, despite her love for her.

This film is a perfect depiction of the coming out, as it accurately shows the discussions, consequences and challenges involved. Laurence Anyways is strikingly poetic, softly brutal, and makes a lasting impression through her aestheticism and the authenticity of the feelings she portrays. However, the film offers a subdued representation of transidentity, and the absence of real transgender people in the film – a regular feature in the film industry – is problematic. Indeed, Melvil Poupaud, who plays Laurence, is a cisgendered man, but plays a transgendered woman. This choice is open to criticism, because today we must try to give more visibility to those involved in this transphobic industry. The film also shows too little of the challenges involved in transidentity and in particular the strong bodily dimension that is attached to it. Indeed, white, heterosexual and cisgender men, because of their dominant position in society, are not constantly attached to their corporality, and do not have to worry about it since they do not suffer daily from the violence faced by women and LGBTQIA+, racialised or disabled people. Minorities are constantly reduced to the bodies they represent in the public space. Laurence is changing gender expression drastically, and the social shock this implies could have been more exploited. 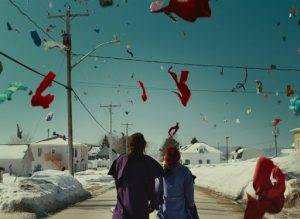 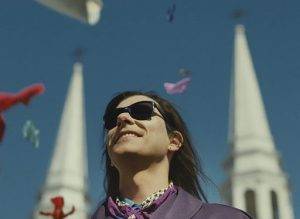