It is rare to find movies rightfully tackling the topic of conversion camps. Yet, The Miseducation of Cameron Post, or Come as you are, a movie from Desiree Akhavan released in 2018, manages to do so. The story takes us into Cameron’s life, a young lesbian girl sent to a conversion camp after her family found out that she had a relationship with a girl. In a total immersion in this religious structure, the movie allows us to understand its functioning and to realize what is inflicted to these young people.

Conversion therapies, still taking place in a lot of countries nowadays, are practices aiming at the healing of any deviance from heteronormativity1. and cisnormativity2. They display homosexuality or transidentity as a shame that young people must get rid of. Since the 1970s3 and often carried out in the United States by austere religious organisations, those practices remain unknown by most people. Indeed, by looking at the cultural industry, and globally, at its productions, it is rare that this topic is approached.

The Iranian-American scriptwriter and producer Desiree Akhavan seized the opportunity to talk about those practices by producing a cinematographic adaptation of the book The Miseducation of Cameron Post, written in 2012 by Emily M.Danforth. The story of the novel was inspired by Zach Stark’s story, who was sent in 2005 to a conversion camp managed by Love In Action after making its coming-out to its parents. This movie, in which the leading role was attributed to Chloë Grace Moretz, displays the experience of Cameron, a young lesbian girl sent to a conversion camp named God’s Promise. The main characteristic of that kind of infrastructure is the will to impose heterosexuality to young people since homosexuality is seen as a vice.

An oppression exerted on the character from the first minutes

The story takes place in 1993 and, from the first shot of the movie, we instantly perceive the social environment in which Cameron lives. Christianism is dominant, almost suffocating :

“Do you know what we’re trying to do every Sunday in church as adults? We’re trying to undo the things we did when we were your age. […] And you are at an age where you are especially vulnerable to evil.”

Those words resonate even more when, after a few minutes, the loving relationship that Cameron is maintaining with her friend Coley is revealed. Cameron loves girls. Cameron is a lesbian. A word that will actually never be pronounced in the movie. Thereafter, she continues to experience a feeling of oppression at multiple occasions, and notably when her aunt is doing her make-up before her prom. Lipstick, mascara, sophisticated hair, everything’s made to prove to Cameron that “femininity” is necessary in a woman, because it is what the patriarchal society requires from her. 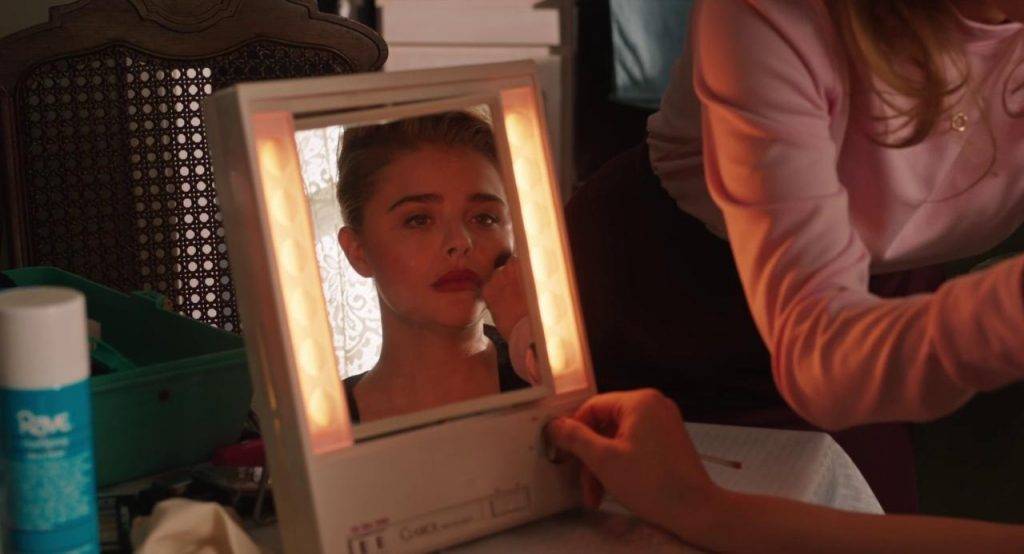 The discovery of the conversion camp

It is when Cameron’s family discovers that she has a relationship with a girl that they decide to send her to a conversion camp. At first, it does not look that bad as the setting is rather enjoyable and resembles a holiday camp, but this is only a facade to win the trust of the teenagers. Cameron understands quickly that this place is not what it seems, notably when her stuff is searched and when some of it is seized by Stan, the reverend of the camp. The latter pretends to have managed healing from his attraction to men thanks to his sister, the director of the camp and doctor Lydia Marsh. Back then, it wasn’t uncommon that the manager of such organisation would pretend to be a “former homosexual”, stating to have heal thanks to intense religious practices. But by listening to the saying of this woman during a conversation with Cameron, we understand that she has a wrong vision of sexuality :

– “Cameron is already a masculine name. To abbreviate as something even less feminine only exacerbates your gender confusion.”

She associates homosexuality and a confusion of gender. Yet, gender identity and sexual orientation are two very different and independent things. The fact that Cameron is a lesbian or that she practices athletics, a sport reserved for men according to doctor Marsh, does not mean that she doesn’t identify herself as a woman. Throughout the movie, Cameron attends multiple types of treatment. There are firstly individual sessions, with the reverend and the doctor. According to them, any attraction to the same sex is linked to an old and buried trauma, often related to the relationship that the teenager has with their parents. They will then try to find and resolve “the problem”. There are then group sessions, in which Cameron has to open up without having the will to do it. We can notice that the teenagers are under constant pressure: they have to wear uniforms, there is a checking of the dormitory in the evening, etc. 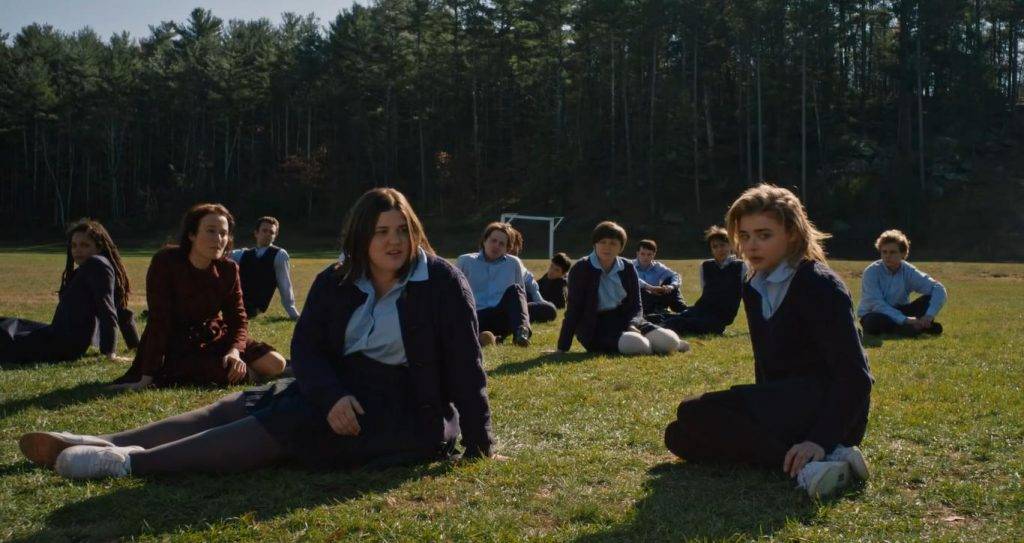 Within the camp, the words gay, lesbian and homosexual are never said. The term used is same-sex attraction. For them, homosexuality does not exist, it is only a deviance, a sin, a disease. They even compare it to cannibalism: Cameron would be attracted to Coley because she admires her and wants to seize her qualities. She would have mistaken “being like her” and “being with her”.

Then, Cameron notices that most of the teenagers believe in the efficiency of that conversion therapy, until she meets Jane and Adam while hicking. They are the only one who realize that those practices are inefficient and absolutely absurd. We can notice a certain effort on the representation of diversity: firstly, there is Adam (Forrest Goodluck), with Native American origins, who considers himself to be a Winkte, a Lakota word meaning bi-spiritual. It is a third gender characterised by the simultaneous possession of a feminine and masculine soul, the latter being a little guzzled by the feminine part. We could qualify  them as genderfluid, à gender identity still underrepresented in movies. There is also Jane, a handicapped and racialized queer woman. The actress Sasha Lane, who plays this character, was born of an African-American father, and a New Zealander mother descendant of the Maoris.

Two scenes of the movie are striking, and hit the public by the dichotomy of their symbolism. The parallel between the two scenes is actually interesting. The first scene stages Cameron, Jane, Adam and other teenargers preparing food while the music What’s Up by 4 Non Blondes is on the radio. A feeling of relief can be felt when Cameron starts singing and dancing on those indicative lyrics, reflecting her state of mind at the moment:

I try all the time, in this institution

And I pray, oh my God do I pray

I pray every single day

And so I cry sometimes

When I’m lying in bed

Just to get it all out

What’s in my head

And I, I am feeling a little peculiar

And so I wake in the morning

And I step outside

And I take a deep breath and I get real high

And I scream from the top of my lungs 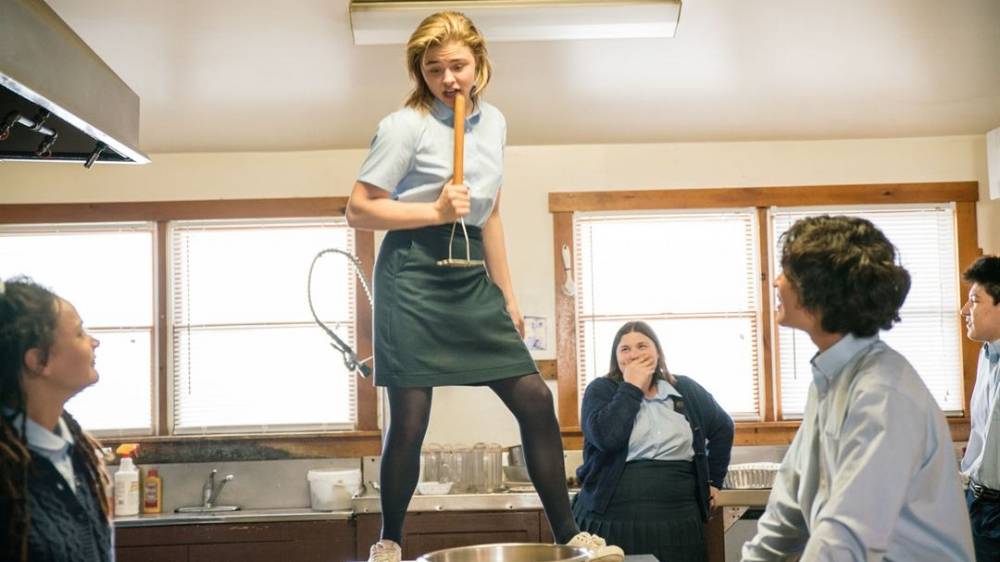 The second scene, even though different, remains poignant. Cameron, hidden under a desk, calls her aunt to ask her if she would go home. This image, revealing the psychological state in which Cameron is, shows in a great way her uneasiness linked to the repression of her sexuality. At the same moment, her aunt tells her that being homosexual means not having children, and that it is according to her the aim of a woman’s life. 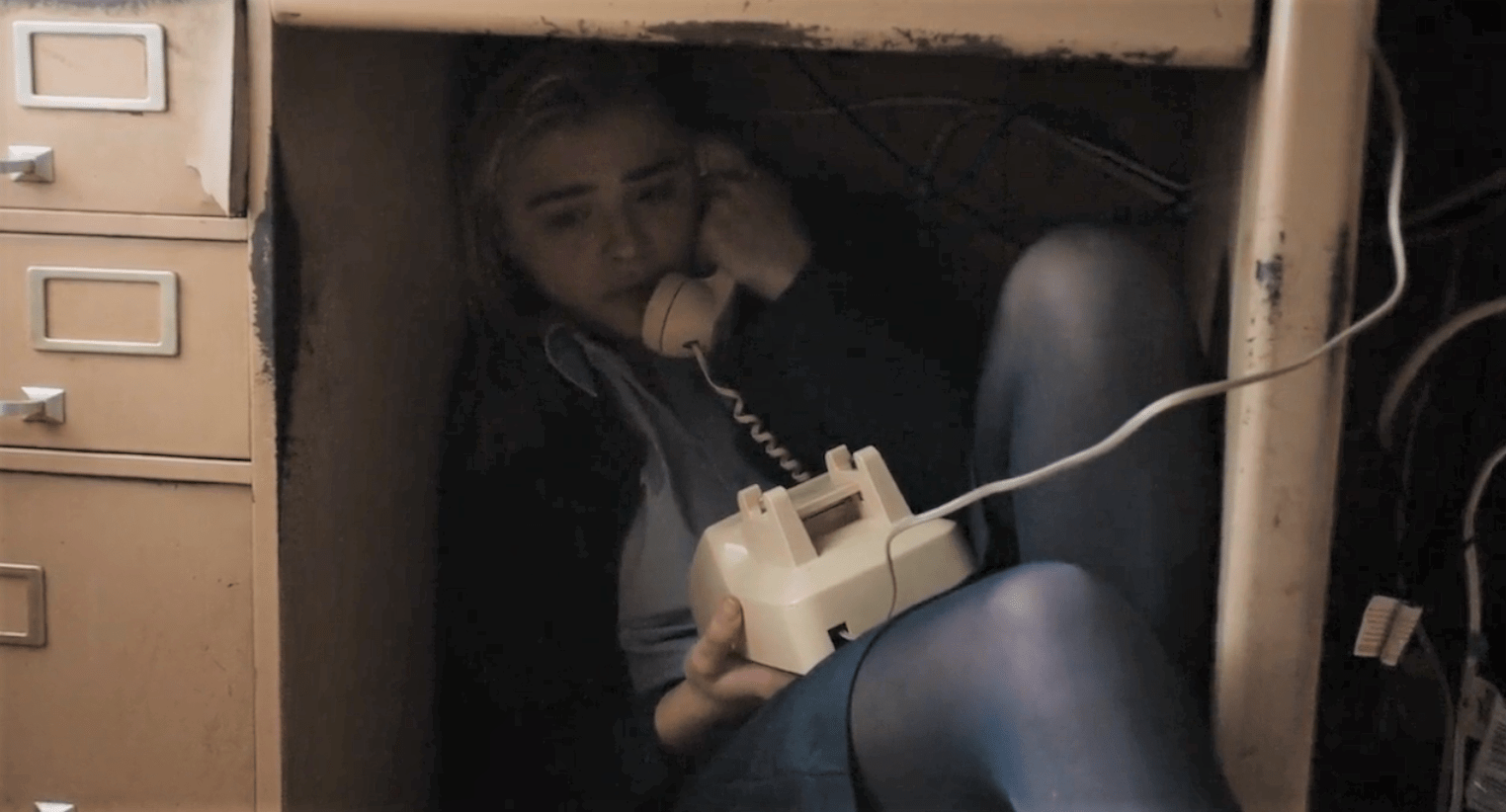 The dangerousness of those practices at its peak.

Even if there is no physical violence in this camp, the violence committed on those teenagers is psychological. Adults use their persuasion power and the naivety of those teenagers to instill self-hate. All of this brings us to a crucial moment of the movie: the attempt-suicide of one of the teenagers. Traumatised by not being accepted by his family, he decides to self-mutilate. This is a point of no return for Cameron who realizes how dangerous this camp is. She understands that the “professionals” do not know what they are doing. An investigator comes to investigate the situation, and interrogate Cameron. This striking dialogue speaks for itself:

– “Yeah but what about emotional abuse ?”

– “Are you saying you’re being emotionally abused by the staff here ?”

– “How is programming people to hate themselves not emotional abuse ?”

This movie illustrates the functioning and the conditions of life in a conversion camp. There is a just representation of the emotional violence perpetuated there that destroys those teenagers. Traumatic self-hate is instilled to them, which pushes them to hurt themselves, or even to commit suicide. We need to condemn the dangerousness of that kind of practices because they are, still today, used too often. This is what Desiree Akhaban did, and this is why the movie was presented at the Sundance Film Festival 2018 in which it won the Jury Award. The choice of casting is also adapted as Chloë Moretz and Sacha Lane are both part of the LGBTQIA+ community. One of the criticisms that can be made about the movie is that the events take place in the 1990s. Some people could think that those therapies do not take place anymore, even though they still do. Finally, we could say that this ignorance and this hatred, justified by misinterpretations of religious texts, threaten the life of an entire community, especially the life of LGBTQIA+ teenagers. 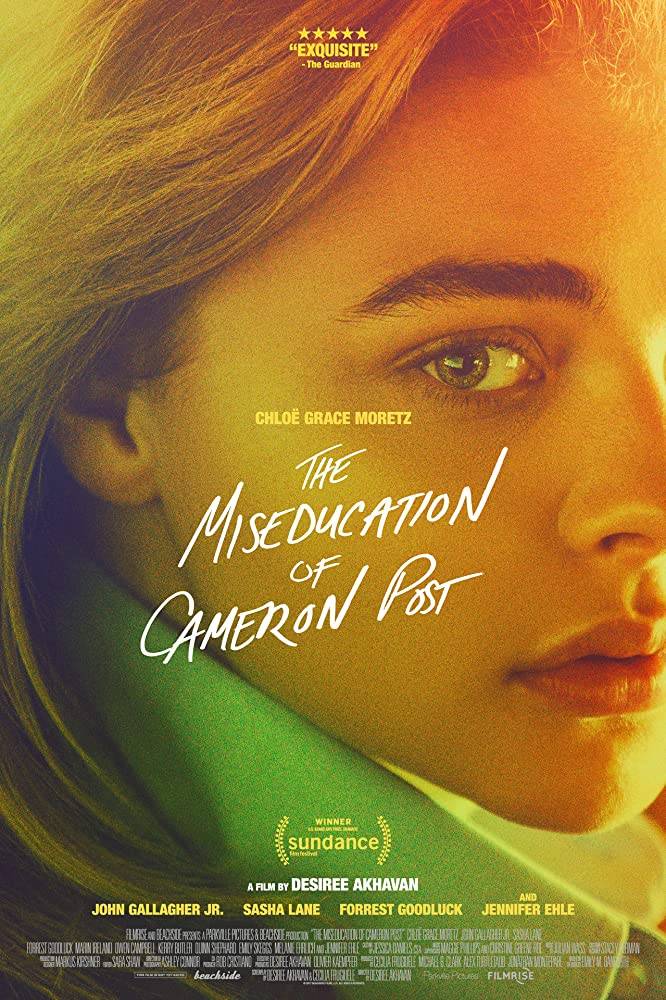