Betty, published in 2020, is the second book by American novelist and poet Tiffany McDaniel. The author has drawn heavily on the story of her own mother, Betty, who was born in the 1950s in Ohio. Throughout the novel, she slips into her mother’s shoes and recounts her youth in the heart of rural American society at the time, between childhood dreams and disillusionment.

A family on the sidelines

The book opens with Betty’s parents, who are thus inspired by Tiffany McDaniel’s grandparents. Betty’s mother is a white woman, but her father, Landon, is of Cherokee descent, an indigenous American people. Their union produced eight mixed-race children, most of whom suffered tragic fates, as if the family were under a curse. The world that Betty imagined is torn apart little by little as the discrimination linked to their social class and the prevailing racism grows.

The family lives more or less on the fringes of society, and while the girl grows up with the magic of her father’s ancestral stories, she also has to deal with racist insults, mockery of her looks and violent rejection by her peers at school. Her father, who describes himself as a ‘filler’, an invisible man, is also the victim of racist attacks by the men he works with. He wonders: “You’d think at the bottom of the mine, where everyone is blackened by coal, that differences no longer exist between us… That we can work together.” In reality, his Native American heritage will always prevent him from being considered equal to the other residents of the small town of Breathed. In the Appalachian foothills, in the 1930s as in the 1960s, it is difficult to be “not black (…) but not white either”.

Yet Betty’s father does not let it get to him and remains a radiant man, a father figure who comforts, understands, teaches and beautifies. Landon makes the novel a true hymn to nature; a nature that he makes alive and poetic, inciting us to listen to it and to preserve it.

The difficulties of being born a woman

The novel also highlights Betty’s contrast between her matrilineal Cherokee heritage, where women play a central role, and white rural American life, which ostracizes women. Betty grows up with stories from her father about her powerful female ancestors, while at school she is forced to wear a skirt and told she will never be equal to men.

Being a woman at that time also meant being a victim of sexual violence and the omerta that surrounds it. Betty gradually discovers a world where incest and rape are trivialized and considered as inevitable practices within each family. Their omnipresence is striking as they seem to be part of the destiny of all the women around Betty.

“To become a woman is to face the knife. It means learning to bear the sharpness of the blade and the wounds. Learning to bleed. And despite the scars, to make sure you stay beautiful and have knees strong enough to mop the kitchen every Saturday.”

In order to confront the horrors of her world, Betty draws courage from writing. She entrusts her pain to pages that she buries in the ground over the years, words allowing her to transcend the tragedies she witnesses.

Sweetness, violence, and poetry come together throughout this initiatory novel as the “little Indian girl”, as her father affectionately calls her, grows up amidst family secrets and discovers what it means to be a female, mixed race, and precarious. Tiffany McDaniel’s work is undoubtedly a future American classic, both an indictment of discrimination and a celebration of the invisible in American society. 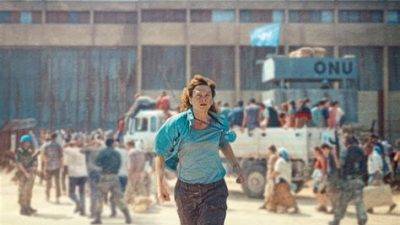